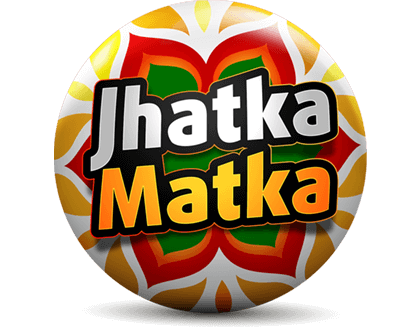 Where to play satta matka online from India?

You can play matka safely and legally from anywhere in India at Lottoland satta matka. At Lottoland you can enjoy all of the fun and excitement of traditional matka and win the same great prizes, without the hassle, from your phone or desktop computer.

Matka numbers at Lottoland are created using a licensed Random Number Generator meaning that draws happen every 15 minutes, 24 hours a day, rather than every 60 minutes only during specific opening hours, as in traditional matka games. All draws at Lottoland are completely random and give the exact same odds of winning as a traditional game of matka.

How to play satta matka online?

Matka is a lottery style game where players pick sets of 3 numbers between 0 and 9.

For example, a player could choose the numbers 5, 3 and 6. This is called the “Open Panna”. These three numbers are then added together, so in this example 5+3+6=14. The first digit of the summed number is then dropped, so in this example leaving “4” (the “Opening Single Ank”) and the first half of the “Jodi”. So to recap, the first set of numbers or the “Open Result” would be 5,3,6 (Open Panna) and 4 (Opening Single Ank).

The second set of numbers are picked in the same way. So for example, 8, 2 and 8 would be the “Close Panna”. Sum these numbers 1+3+6=18. The first number of the sum is dropped leaving 8 for the second Jodi number. So the second set of matka numbers or the “Close Result” is 8 (the “Closing Single Ank”) and 1,3,6 (Close Panna).

So in this example the final numbers would look this this:

Step 3: Pick the amount and type of bet

Different bets can be made with different odds of winning and different payouts to winners, from 1/9 and 1/999. The different = types of matka bets are explained in the following graph.

What is matka gambling?

Matka gambling or “satta” is type of betting, similar to a lottery, which was originally based on the opening and closing rates of cotton which were transmitted from the New York Cotton Exchange to the Bombay Cotton Exchange via teleprinters. Matka can trace its origins even earlier however to the era of Indian Independence when it was knows as Ankada Jugar or “figures gambling”.

When the New York Cotton Exchange stopped the transmissions permanently in 1961 matka continued by replacing the rates with different ways of generating random numbers, including using playing cards or draws the numbers from a large earthenware pot or “matka”.

While matka has always had it’s strongest following around the textile mills of Mumbai where the game originated different organized matka games evolved in different Indian towns and cities, all with slightly different rules, odds and draw times and days.

Matka grew rapidly in popularity during the 1980’s and 1990’s with betting volumes exceeding Rs 500 crore each month. This resulted in a crackdown on matka as illegal gambling by Mumbai Police which forced many of the gaming bazaars underground.

In 2021 Lottoland Asia created a new form of completely online matka betting replacing the traditional draws with a random number generator. By playing matka online in this method Indian players are not breaking the law as the matka bets are being placed through a company not based in India. Matka players no longer need to leave their homes to make a bet on matka or risk being caught up in illegal gambling under Indian law. All betting winnings are guaranteed to be paid out and Lottoland is a licensed gambling provider.